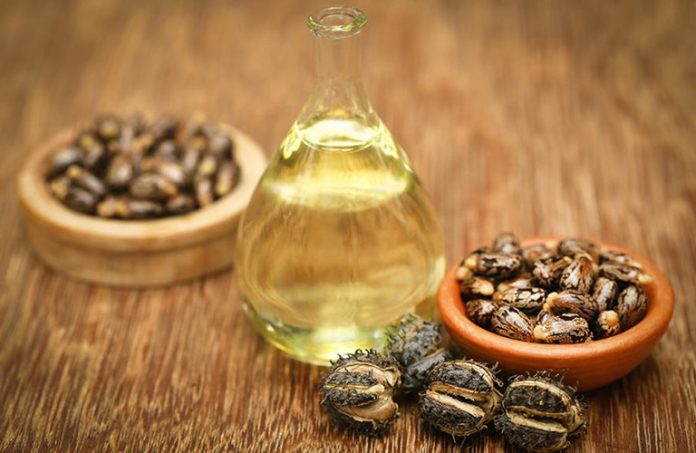 Hair fall is a common condition that affects both men and women. Although it’s very common, it’s something that doesn’t leave you too easily and continues to haunt you. Every time you comb your hair, all you see is lumps and lumps of hair falling from your head. Whenever you dress or undress yourself, you see strands of hair, which continuously reminds you of the times you used to have a lot of hair on your head.

When you blow dry your hair, or use your towel, or when you use shampoo, all you see are strands falling down. It’s extremely upsetting and even more disappointing is the fact that you’ve tried everything but nothing helped. Wait, have you actually tried everything? Did you know about Jamaican black castor oil? If not, now you’ll know because it can help you remedy your hair fall problems. 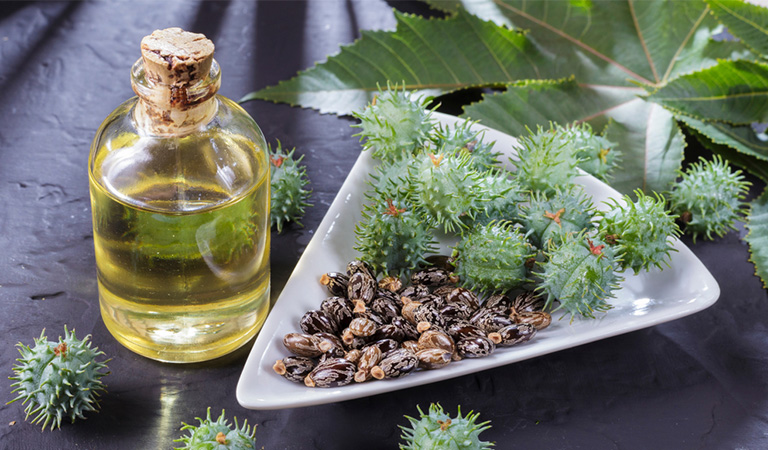 Castor oil is a common item found in almost every household. All types of castor oils are derived from castor plants, and they have been extremely beneficial for both beauty and medicinal purposes. However, the castor plants are originally from Africa. During the slave trade, these plants were introduced in the Caribbean islands, particularly Jamaica. Over there, these plants were grown, but the harvesting method and processing methods were a bit different from the other versions of castor oil. Hence, Jamaican version of castor oil is a bit different. In fact, fresh beans are crushed to produce normal castor oil. To create the Jamaican version, the beans need to be roasted first and then processed into oil. 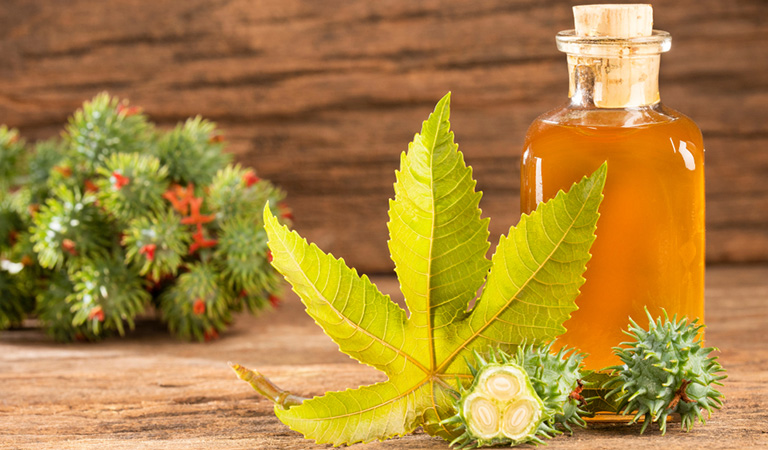 It has been known to help in hair growth by moisturizing scalp, hydrating damaged and flaky hair strands and preventing itching. Castor oil is yellow, but the Jamaican version is black or dark brown and has an alkaline pH, which helps with conditioning the hair properly. Now, both versions of castor oil are highly nutritious, no doubt about that. Both types of oils contain ricinoleic acid, a kind of fatty acid that can soothe skin that’s sensitive.

Yes, castor oil is also good for skin, contrary to popular belief. Due to the slightly high pH, the oil unblocks pores in skin and scalp and provides adequate hydration. Some have reported that the Jamaican castor oil also has a thickening effect, thus increasing hair volume. This could be possible, as it acts as a good source of omega-9 and omega-6 fatty acids. 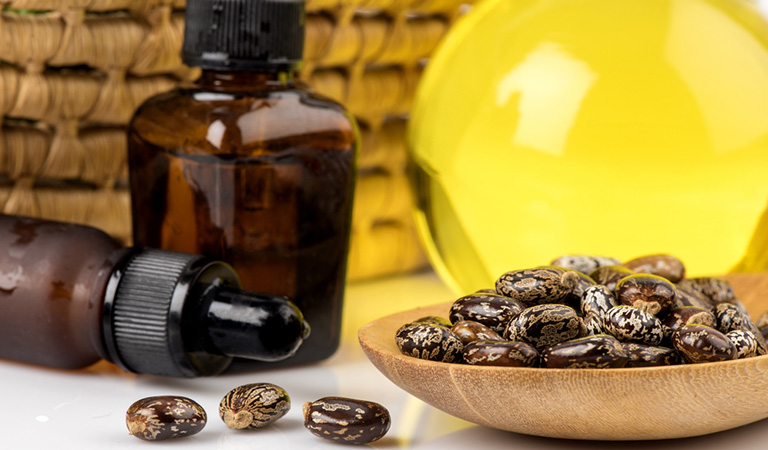 Is castor oil good for hair? Well, this castor oil is no less than a wonder because of its wide range of benefits. The oil improves blood circulation towards the scalp, which is required for proper hair growth. It also strengthens the roots, so your hair fall will be drastically reduced. Your hair would develop a luster and not look thin anymore.

For those with curly hair, Jamaican castor oil acts as an acidic conditioner which restores the pH level of their scalp and also ensures that the hair strands are getting an adequate amount of sebum. The oil could also restore split ends and hair breakage. People with curly hair, colored or highlighted hair or heat-styled hair could use Jamaican castor oil as a hydrating hair mask.

Lastly, Jamaican castor oil is great as a massage equipment. You could also use it as a bath oil and treat chapped and dry skin. If you’re someone with thin eyelashes and brows, this oil could make them appear fuller and slightly bigger, thanks to its thickening effect. Jamaican castor oil also has antibacterial properties, which helps to remove and control dandruff amount.

How to Use Jamaican Black Castor Oil for Hair Growth? 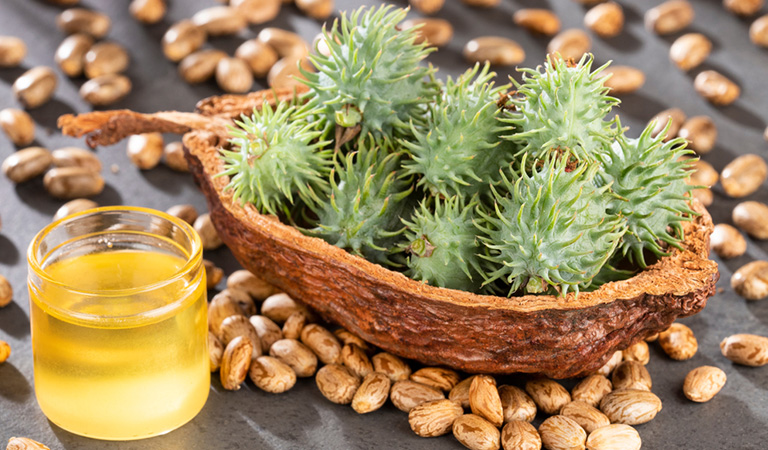 There are a bunch of hair treatments and head massages that you can try, but each treatment has a specific purpose. So one treatment is best for moisturizing while the other is best for reducing hair fall. Depending on your situation, you have to use a specific type of treatment. Here are a few treatments and tips on how to use Jamaican black castor oil for hair growth and rejuvenation with little to no hassle at all.

For moisturization: Take a bowl into which you’ll mix 1 tablespoon of Jamaican castor oil and 1 tablespoon of olive oil, along with the juice of half a lemon. Heat the bowl on a stove and make sure that it doesn’t get too hot. Massage the hot mixture on your scalp well for 10 minutes and leave it overnight. If you’re in a hurry just keep it on for 30 minutes. Then wash your hair with a mild shampoo.

For strengthening hair roots and preventing hair damage: Take a dark dropper bottle and add 3 tablespoons of Jamaican castor oil along with 1 tablespoon of jojoba oil. Use the dropper to apply the oil on your scalp. Make sure the oil reaches the scalp. Keep parting your hair and apply to the creases of your scalp until you cover your whole head. Then massage using a circular motion, which would increase blood flow. Place a shower cap and leave the oil on your head overnight. Wash it off in the morning. To reduce hair breakage, you could try to mix coconut, olive, almond or tea tree oil.

Treating split ends: Mix equal amounts of mustard oil and Jamaican castor oil, and rub over the split ends of your hair. Use a shower cap to cover your hair and leave the mixture for 30 minutes. Use a mild shampoo to wash the oil away. Do this twice every week and you’ll see a reduce in frizz and tangles in your hair.

For hydrating dry hair: In this case, mix 1 tablespoon of organic honey, 4 tablespoons of Jamaican castor oil and ½ of avocado. Blend the mixture, and apply more castor oil and honey for better consistency and texture. Apply to the roots of your hair and scalp, and cover all strands of hair up to the tips. Leave the mixture on for 30 minutes, then wash it off with a shampoo. For extra oomph, you can even add shea butter. 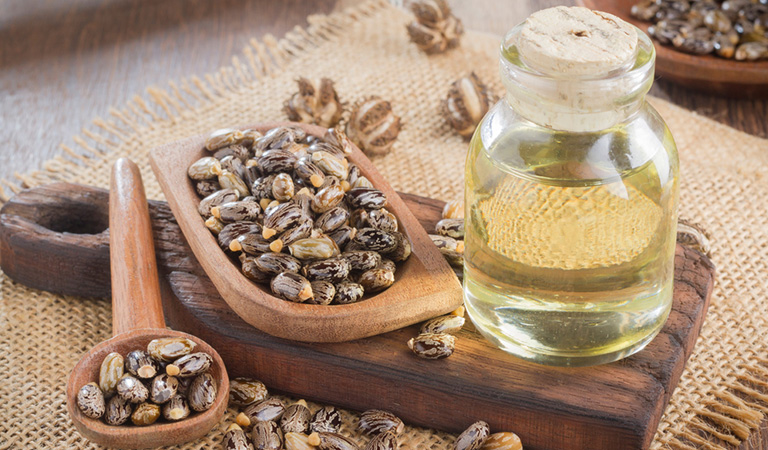 Jamaican oil can stain your clothes, so wear a cape or old clothes while doing any kind of treatment. Castor oil is thick, so mix it with other kinds of oil which are lighter; for example, jojoba oil and grapeseed oil.

What’s not to like about Jamaican castor oil? It’s good for hair, good for skin, and it’s so good for other medical conditions; for example, insomnia, menstrual cramps and relieving joint pain as well. Just massage and feel the relief. Although there are no scientific details that suggest that Jamaican castor oil can be harmful in any way, it’s still better to talk to a beauty expert or a doctor, especially if you’re pregnant and breastfeeding. You may not use it on your skin if you have serious skin conditions. You might remain a bit skeptical about using it, because this type of castor oil is very thick and it also has a distinct smell which you may not like. but over time, you’ll get used to it. With proper hair care and regular use of Jamaican castor oil and some effective hair growth supplements, you’ll get amazing hair that everyone will envy. 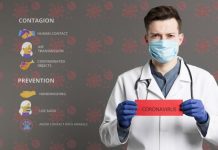 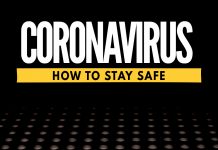 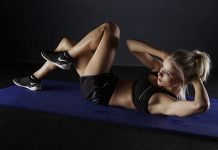