Yeah, I am talking about smart drugs! Is there a drug for brain that makes you smarter, sharper and more focused? I hope you have already realized that I am talking about the movie Limitless (2011) where Bradley Cooper played as Eddie Morra. What is NZT 48?

According to the movie, scientists have discovered a magic pill that allows the receptors in the brain to activate specific circuits that uncover the human brain’s full potential. It is said that humans are only able to access up to 10% of their brain’s capability, but this pill will help you gain access to all of it! The actual message portrayed in the movie is that NZT 48 can unlock all of your hidden potentials and you suddenly become super genius and eventually, wealthy! But this is 2019. Don’t you think by now we have come up with some sort of Limitless brain pill or a smart drug that can boost your brain? Well, there is no doubt that many people, especially entrepreneurs in Silicon Valley are nowadays taking these kinds of drugs to enhance their work performance.

In this article I am going to discuss- what’s been discovered in this regard and what is on the market that you can actually buy. I will also share my personal experience with these drugs and the experiments that I have done. Also, I will be decoding a myth about the ability of these smart drugs and nootropics that are around.

The Truth & The Lies

However, you will also get such benefits from some of the prescription drugs on the market like adderall if you have any kind of brain disorders. These types of drug provide better long-term results to people suffering from ADHD in comparison to the average college students. But the students are actually not much benefited because regular consumption of these drugs increases their tolerance levels and do not work effectively after some time. Eventually, they do not earn any good grades.

There are claims that people generally are able to use just 10% of their brain capabilities, which has been misattributed by Einstein back in 1800s. But there is no scientific data to back up this claim. However, when you sleep, all parts of your brain show some sort of activities. The truth is that if you really want to improve your brainpower, you need to use it more often than you actually do. Your brain is like a muscle, the more you use it, the stronger it gets.

I don’t personally recommend anybody to take prescription drugs when you don’t have any medical conditions. I would rather stay away from those and look for something that’s publicly available, like a nootropic that’s been tried, tested, proven, and reviewed.


The Smart Drugs That I Am Into

Long ago, I was looking for a smart drug with only one goal in mind – a smart drug that would be even cheaper than a cup of coffee. Although inexpensive, this would still provide me with all sorts of neuro benefits out there, such as improved memory, better decision-making ability, and increased productivity. Finally, I was actually able to find something that was cheaper than my daily cup of coffee, about a dollar to be specific.

When I started taking the pill, I noticed the results were quite positive! Soon it turned out that I was not the only one taking these smart drugs when I started talking about it with my friends and family. I was actually quite surprised to see that a large group of people were taking these kinds of brain supplements all around me. These supplements were not adderall or caffeine or vivians or any other drug that could harm your liver; but these were some simple nootropics pills from amazon!

Below I have mentioned two such drugs that you have not heard of yet.

The first one that I have been taking for about two months and I’m actually very impressed with the results is called Neuro Ignite. This drug really stood out to me for the amount of positive reviews it had on Amazon. Neuro Ignite had four and a half stars in terms of rating, which meant nine out of ten users thought this brain booster was very useful and so they were satisfied with it or at least it was worth the price that they paid for.

The second one I ordered was Neuro Peak, which has almost the same ingredients as the first one. But it was a bit more expensive and has higher dosage. The major difference was that this one was rich in vitamin B12, which is a great vitamin for energy.


My Experience of Being Limitless!

The first time I took Neuro Ignite, the changes were very noticeable in a short period of time, as my energy levels and my mental clarity were improved to a great extent. I was able to focus on things much better than before and could finish my tasks instantly that used to take hours before. I was so impressed with the power of this nootropic that I began to feel like I am taking the real NZT pill from the movie Limitless. In fact, the first night I took the pill, I couldn’t even sleep for a minute and worked straight for at least 10 hours. Also, I ate as usual and did other things, but I was literally relieved from the daily grind.

This pill was more powerful than adderall and in fact, anything that I had ever taken before. If you take adderall you are probably going to feel a little messed up, overly wired, talkative, and you may also lose your sense of appetite. But Neuro Ignite might be really good for you because it won’t damage your liver yet you will enjoy the benefits that I did.

My Experiments with Smart Drugs

If you take caffeine and other stimulant drugs and chemicals, you build up a tolerance level over time. The same thing is also true for many supplements and nootropics that you might take. You will have the initial peak of their effectiveness and then there is going to be a steady drop. So, you need to increase the dosage if you want to get back to the peak level. But it does not mean that you can’t sustain a good quality performance booster by taking the same dose everyday. It won’t be as high as the first day like what I experienced, but I still took it consistently and saw improvements in my daily activities.

Then I thought what would happen if I had just stopped taking the drug for a week? So I stopped my consumption for 7 days. On the 8th day, I took a pill and all of a sudden, boom! It snapped me right back into gear and again I was up until 3:00 AM in the morning. The same thing will happen with the Neuro Peak, but you have to take it when you’ve got a big day ahead of you or you need to take care of lots of stuff.

If you are really after the Limitless pill with what you think you can become super awesome and make big money, I will request that you take it easy. I would rather recommend you to go for the above mentioned pills because the $800 Limitless NZT 48 pill has not been invented yet. But these nootropics will definitely give you the effects that might seem close to NZT 48 to some extent.

I am sure you will be pleased with the results that these pills will provide you, instead of your daily cup of coffee which is also healthier. Thanks to modern science, doctors and people who have created such smart drugs and made the real life NZT affordable for the average person like us. 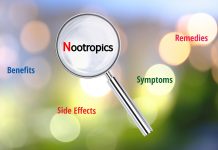 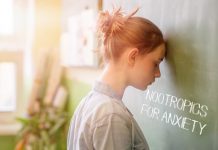 15 Nootropics for Anxiety: Time to Get that Mental Age You Need!