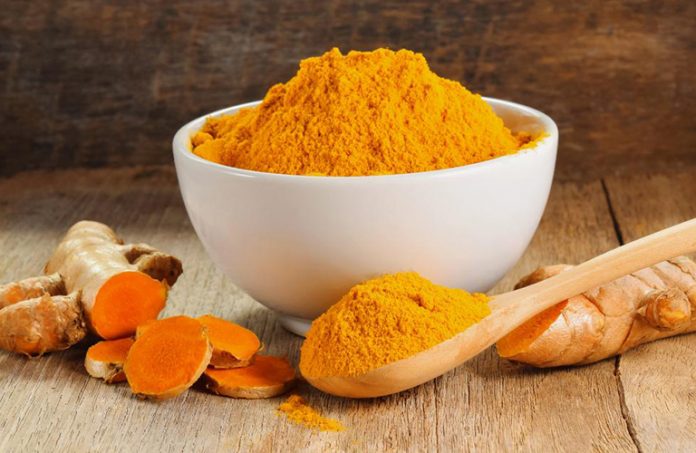 Turmeric gives that beautiful yellowish tint you often see in Indian curries and in certain Asian dishes. It also provides a unique taste and flavor to the food. But that’s not all. Turmeric has been used since ancient times for cosmetic and medicinal purposes, and it’s only now that scientists are discovering its wonders.

However, all that glitters isn’t gold. The major component of turmeric is a substance called curcumin and recently certain studies have suggested that it can induce certain side effects when consumed in high amounts, which we cannot overlook. This article will help you understand the possible curcumin side effects so you know what risks you’re taking when you’re gulping down those turmeric pills. 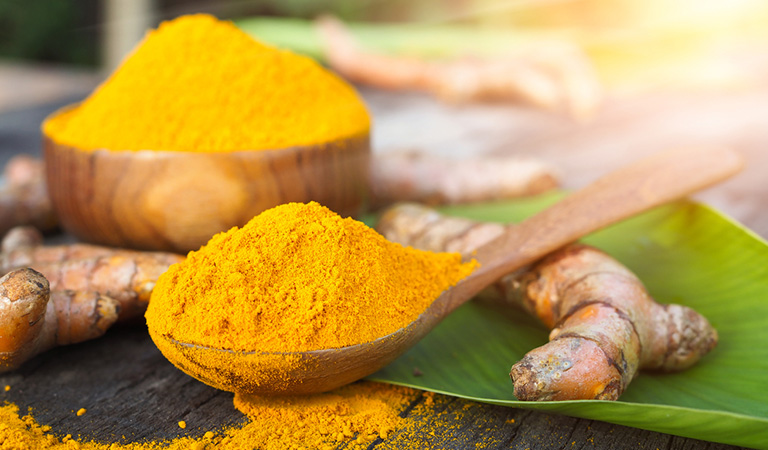 Despite the antioxidant and anti-inflammatory effects, curcumin could potentially harm you in large amounts, and we are here to make sure that you are aware of them. This would help you carefully control your turmeric supplement consumption. Before delving into the different curcumin side effects, you should first understand how much turmeric per day is needed by your body.

Although experts usually recommend consuming turmeric in its natural form, many people don’t like the idea of consuming turmeric, its roots, and derived spices. So, as an alternative, they try out turmeric supplements. In that sense, there’s a limit on how much curcumin you should take. According to Dr. Robin Berzin, founder of Parsley Health, the range of dosage is between 500 milligrams to 1000 milligrams daily for a healthy person. If you want to consume the spice, in that case, a teaspoonful of turmeric spice a day will be enough, which is roughly equivalent to 200 milligrams of curcumin. If you take this certain amount of dosage, you won’t have to deal with curcumin side effects.

Although there are no official records of turmeric dosage required by those with certain health conditions, some studies have shown significant statistical results regarding this. For example, those suffering from body itch and rashes are recommended to consume 500 milligrams of turmeric thrice per day for 2 months. People with high cholesterol are recommended to take 700 mg of turmeric twice per day, for up to 3 months. However, if you think about it, these studies have only indicated the positive effects of curcumin, seen over a short period of time. There’s still not enough research to support the long-term use of curcumin and safety of consuming higher levels.

The World Health Organization has recommended consuming 1.4 milligrams of turmeric per pound of body weight daily. So, if you weigh 110 pounds, for example, your turmeric consumption should be around 154 milligrams. Our thoroughly reviewed turmeric supplements are safe to use with the right amount to avoid any outcomes that are not desirable. 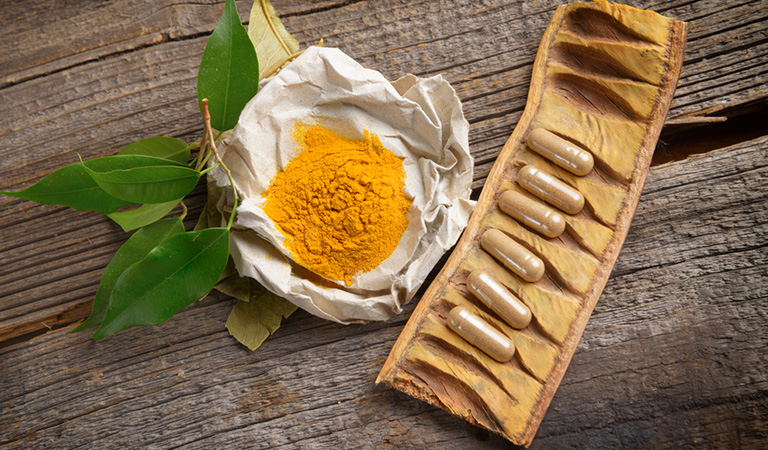 Before mentioning the side effects, it’s important to remember that if you’re facing any kind of side effects with turmeric supplements or any herbal supplements in general, don’t ignore them. Just because these products are derived from natural resources and plants doesn’t mean your body is built to tolerate them. Always consult a doctor before taking in any supplement. You could be sensitive to high doses of turmeric and if lowering the amount of dosage isn’t working, you should immediately seek medical help.

Usually, there are no curcumin side effects with daily consumption for normal people. But for those with severe or chronic health concerns, such as arthritis and painful joints, or with long-term stomach problems, turmeric could pose serious concerns for them. For example, those with acidity and dyspepsia are better off not consuming turmeric.

Turmeric has a high amount of oxalate that is known to cause problems in kidneys. It is also known to contribute to the development of kidney stones. The oxalates combine with blood calcium and produce calcium oxalate, which is insoluble. These insoluble substances deposit inside kidneys and accumulate into stones over time, requiring you to look for treatments.

It has been suggested that turmeric might play a role in slowing down the speed of blood clotting. This is especially harmful to those with bleeding disorders, such as hemophilia. For such people, if they have any injuries, they may lose too much blood too quickly, which could be fatal.

6. For Breastfeeding and Pregnant Women

Turmeric spice is usually safe for consumption for pregnant and breastfeeding women. However, turmeric supplements could be harmful. In fact, dietary supplements are usually not advised to pregnant women for consumption, unless it’s extremely necessary. In the case of turmeric, the same rule applies. Supplements may affect the uterus of women and the monthly menstruation. In the worst case scenarios, pregnant women may get miscarriages, especially if the uterus unusually contracts before the pregnancy is over. There could be some abnormalities seen in the baby too. However, there are no strong causal relationships to prove these points yet.

As mentioned before, calcium oxalates can deposit themselves in kidneys and accumulate inside the gallbladder. This may cause painful contractions within the gallbladder and increase the risk of stone formation.

Some people are allergic to ginger. You probably know that turmeric and ginger are closely related. So if you’re allergic to ginger, your skin would also react to turmeric. Some people have reported facing dermatitis, folliculitis or urticaria due to the exposure to turmeric. Otherwise, for those who are not allergic, they can safely use turmeric on their skin in the form of scrubs and masks. Turmeric gives a warm golden glow and reduces blemishes. However, people with sensitive skin could face flakiness, itchiness, and redness. So, taking these supplements responsibly is of utmost importance.

Turmeric contains components that can bind with iron. This means there would be less absorption of iron into the body, and an iron deficiency could lead to anemia.

After reading all of this, you might think that turmeric is just an evil spice. But fortunately, that’s not the case. Like all dietary supplements, consumption with proper care is important, and the same applies to turmeric supplements. As long as you are someone with no chronic conditions or specific health issues, turmeric, in general, is safe. However, if you indeed have special disorders, curcumin side effects may take a toll on you, which is why it’s important to seek medical help to understand what dosage would be best for you. You should also consult a doctor if the side effects go out of control.

Turmeric is a long used and loved spice among Asians and has helped countless people in its rich history. That’s enough to show how wonderful turmeric could be. With careful use, you can reap the benefits without having to deal with side effects.